Christmas to Lights and Music

In a previous post, we demonstrated how to build and mount the RGB window frame, now we are going to show how to test the setup using an AlphaPix 4 controller

The items used are as follows:

For testing of the frame, we are using the build in test patterns included with the AlphaPix controller.  We will get into custom light programming in a later post. 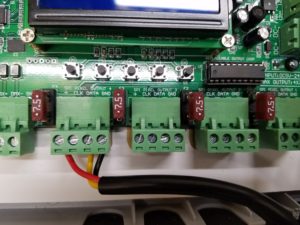 Step 1 – We hook up the Screw together adapter to the frame and then to the controller.  Note – It is important to pay attention to the way you are hooking up the wires.

For example, I hook up the red wire to the Positive, the Yellow wire to the data and the Black wire to the ground on the AlphaPix controller. 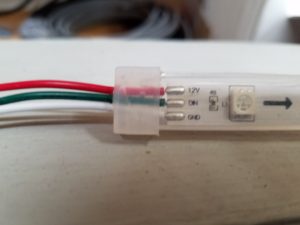 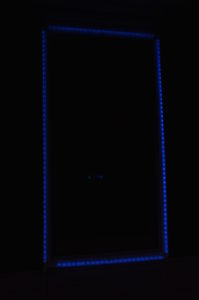 On the RGB strip, I make sure to connect the same color wires to
each of the connection points, Positive, Data and Ground.  Also make sure you are connecting to the correct end of the strip.  The data flows in one direction and will be shown on the strip itself, in this case, by an arrow pointing in the direction of data flow.

Now we are ready to test!  Plug up the AlphaPix and after a few seconds, you can press and hold the M button and the controller will go into test mode.  Use the + and – keys to cycle through the test patterns offered on the controller.

These widgets are displayed because you haven't added any widgets of your own yet. You can do so at Appearance > Widgets in the WordPress settings.

Theme by Anders Noren — Up ↑